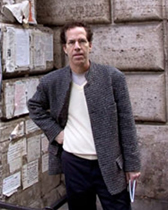 Stephen F. Eisenman was born in New York City and educated at SUNY Albany, Williams College and Princeton University where he received his Ph.D. He taught at Occidental College in Los Angeles from 1984-1998, and since then at Northwestern where he is Professor of Art History. From 2008-2010 and 2013-2015 he served as President of the Northwestern Faculty Senate. He is the author of The Temptation of Saint Redon (University of Chicago Press, 1989), Gauguin's Skirt (Thames and Hudson, 1997) and The Abu Ghraib Effect (2007), and is the principal author and editor of Nineteenth Century Art: A Critical Edition (Thames and Hudson, fourth edition 2010). Eisenman has curated numerous exhibitions in the United States and Europe, including Paul Gauguin - Artist of Myth and Dream (2007), Design in the Age of Darwin (2008), and The Ecology of Impressionism (2010). Eisenman's most recent books include The Cry of Nature - Art and the Making of Animal Rights (London: Reaktion Books, 2013) and The Ghosts of Our Meat - Sue Coe (New York: DAP, 2013). He is also active in campus, community and state-wide politics. His articles and op-eds concerning torture and prison reform have appeared in Monthly Review and the Chicago Sun-Times. His work with the grass-roots organization Tamms Year Ten, led to the closing in January 2013 of Illinois' most notorious Tamms C-Max prison. He is currently organizing an exhibition at the Block Museum for 2016: William Blake in the Age of Aquarius.

Eisenman, Stephen. The Cry of Nature - Art and the Making of Animal Rights. London: Reaktion, 2013.
Back to top