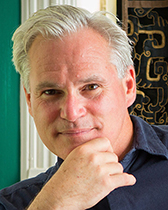 I do queer studies scholarship, and when I started, my field was just being born. Reagan was in office, AIDS was being instrumentalized by the Right to justify the most odious forms of discrimination, and I had been kicked out of the University of Chicago ( among other universities)  for pursuing the relationship between art and sexuality.  Badly beaten and bruised, I washed up in Evanston expecting more of the same. What I found was a faculty that took my politics seriously. That's not to say it was easy and I know I challenged a number of the faculty. But rather than resorting to their power to silence and exclude, I had genuine, frank and productive conversations with every professor. To be heard, to be treated with respect, to share a concept of social justice while admitting that we each had different routes to getting there, that alone made Northwestern unforgettable. But more than that, at Northwestern, students were not a nuisance that stood between the faculty and their research--they were its raison d'être.

When I left Northwestern, I moved to San Francisco and became the chair of the very first queer studies degree program in the United States, at City College of San Francisco. After 10 years building that program, I moved to SUNY Stony Brook, then went to Yale to direct the first Ivy League queer studies program. After Yale, I went back to the SUNY system to teach at the University at Buffalo, founding the first and only specifically queer visual studies doctoral program in the world. I am now teaching at the University of Pennsylvania in both Art History and Gender, Sexuality and Women's Studies. My academic career has hardly been normative, as I have had to found and develop most of the places where I've taught. But that's what comes with first generation scholarship.

After many unsuccessful attempts at different institutions, I finally succeeded in getting the Smithsonian's National Portrait Gallery to allow me to co-curate a queer exhibition. The resulting show, Hide/Seek Difference and Desire in American Portraiture, was the first major museum queer exhibition in the US. It also became national news when the Secretary of Smithsonian ordered the removal of a David Wojnarowicz film from the exhibition in the face of threats from the Republicans that the Smithsonian budget would be seriously cut. Along with many others, I protested that act of censorship and as a result the bylaws of the Smithsonian were rewritten to ensure that no Secretary could ever again censor an exhibition single-handedly. Since Hide/Seek, I've done on average 2 exhibitions annually on a wide range of queer themes, both in this country and in Europe. I am particularly proud of my association with Wrightwood 659, a new, very progressive institution in Chicago, with a beautiful building by Tadeo Ando. And every time I do an exhibition there, my professors at Northwestern show up at the opening.

When I first entered graduate school in 1980, the world I now inhabit was literally inconceivable. And my field has grown and shifted so fast. Centrally, what I entered Northwestern to study, in essence the art history of an aggressively policed minority discourse, we now realize constitutes but a short span in the long, mutually beneficial, and astoundingly fecund partnership between art and sexual difference. The deeper my art history goes, the less clear are the boundaries between queer and non-queer art and artists. I hope I live long enough to see the death of the discipline I helped birth. When we no longer need a queer art history, when art history will simply, reflexively address questions of sexual difference alongside all the other forms of difference we increasingly recognize, then I will have done what I set out to do.