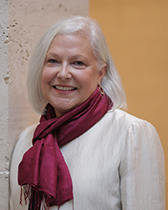 Martha Tedeschi, formerly Prince Trust Curator in the Department of Prints and Drawings and later Deputy Director for Art and Research at the Art Institute of Chicago, was appointed Director of the Harvard Art Museums in 2016. She oversees the Fogg, Busch–Reisinger, and Arthur M. Sackler Museums in Cambridge, MA. Tedeschi received her B.A. with honors from Brown University, an M.A. from the University of Michigan, and her Ph.D. from Northwestern University. She began her curatorial career at the Art Institute of Chicago as an NEA Intern in 1982, becoming full curator in 1999. A specialist in British and American art, she also has a strong focus on the history and future of museums as well as a longstanding interest in print and drawing techniques and materials. She is the general editor and co-author of the two-volume catalogue raisonné The Lithographs of James McNeill Whistler (1998), winner of the George Wittenborn award. She has published extensively in scholarly journals and organized numerous exhibitions for the Art Institute of Chicago. She was the organizing curator of the exhibition Watercolors by Winslow Homer: The Color of Light, (2008) as well as for its sequel, John Marin’s Watercolors: A Medium for Modernism (2011). An active member of the Association of Art Museum Directors,Tedeschi is a former chair of the Art Institute of Chicago’s Curators Forum, past President of the Print Council of America (2009-2013), and a 2012 Fellow of the Center for Curatorial Leadership. Reflecting on the role of her graduate work at Northwestern, she commented:

As a young member of the curatorial staff at the Art Institute I was encouraged to pursue my doctoral work at Northwestern while retaining my full‐time position at the museum. Those were challenging years, an exercise in intellectual multi-tasking. At the time, radical art history was being embraced (actually, pioneered) by the faculty at Northwestern.  In the field of art history in general, museum scholarship, exhibitions, and the traditions of connoisseurship were being deconstructed. A significant ideological divide appeared to be opening up between the academy and the museum. And there I was, beating a path between the Art Institute and Northwestern, week in and week out.  Working with objects all day and reading social history and Marxist theory at night was a heady combination. I began to think about works of art in new ways, as examples of the human creative impulse but also as important primary documents for interdisciplinary inquiry; I became and remain very interested in technical art history as a result of this realization. This is when I found my independent voice as a scholar, and I began to focus on the intersection of media, artistic practice, audience, and the art market. I credit Larry Silver for recruiting me to Northwestern and for being my “print mentor,” Sandra Hindman for introducing me to the codicological method in her famous Newberry Library seminars, Nancy Troy for ably directing my dissertation (from afar, as it turned out), and Holly Clayson for participating on my committee and remaining to this day an invaluable sounding board for all things nineteenth century. Currently, I am pleased to be serving as a member of the advisory board of Northwestern’s Block Museum of Art.