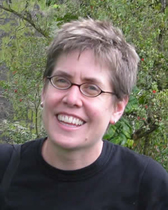 From my current perspective, as chair of the Architectural History Department at the University of Virginia, I have gained a deep appreciation for the generosity of the faculty at Northwestern with whom I had the privilege of working as a graduate student. From the initial meetings of the Methods seminar Whitney Davis taught our first semester (which Karl Werkmeister often also attended), it was clear that this was a place where debate was encouraged and expected. The culture of serious intellectual exchange fostered in the department was founded on the expectation that we each articulate a position and explain our ideas in terms that would transcend the particularities of our subfields and specialized interests. The generosity of the department’s faculty members extended far beyond the formal bounds of the classroom, encompassing impromptu evening lectures Whitney Davis offered on Kant and his legacy, to walks along Chicago streets where we tried valiantly to maintain David Van Zanten’s vigorous pace, impassioned evening discussions on Angela Rosenthal’s terrace, and summer travel seminars that allowed me to see Prague through Larry Silvers’ eyes and to experience a singular Berlin, framed by Ikem Okoye and the city’s unparalleled collections of Benin art. This was also a time of lively cross-town exchange, encouraged especially by the legendary seminar that Holly Clayson and Marty Ward co-taught. My understanding of Chicago and its architectural landscape was shaped in part by innumerable trips taken by ‘L’ and bus to the U of C to take seminars with Katherine Fisher-Taylor, even as many of my peers “down south” made the pilgrimage northward to take classes at Northwestern.  These experiences helped to forge an extraordinary sense of community amongst students and faculty, connections that have continued long after I left Evanston to pursue my dissertation research on urban transformations in Marseille during and after the Second World War.

After three years in France, I began teaching in the History of Art and Visual Culture Department at the University of California Santa Cruz. In 2007, I joined the faculty at the University of Virginia. Teaching in the School of Architecture has provided me with an invaluable informal education in contemporary design discourse and the chance to work closely with my colleagues in Art History in the context of our joint PhD program. In 2011, I published Mediterranean Crossroads: Marseille and Modern Architecture (University of Minnesota Press), which was awarded the 2013 Spiro Kostof Book Award from the Society of Architectural Historians. While based on my dissertation research, the book benefited greatly from the opportunity to expand and reshape its focus while in residence at the Shelby Collum Davis Center for Historical Studies at Princeton University and at the Canadian Centre for Architecture in Montreal. What began as a project focused on the politics of urban planning in the shadow of war became an examination of how architects and urban planners responded to mythic ideas about Marseille as a port city, a gateway onto the Mediterranean, and a dynamic hinge between metropolitan and colonial terrains. I am currently completing on a book project, tentatively entitled, Inventing Informality, that traces the emergence of the bidonville, or shantytown, and its subsequent transformations between the Maghreb and France, from the late 1920s through the 1970s. This study offers the first sustained analysis of these urban landscapes, revealing how the bidonville became a focus of debates about the city, rapidly increasing rural-urban migration, the aesthetics of the everyday and the ethics of precarity, as well as the pitfalls and potentials of auto-construction and unplanned urbanization. This project has been deeply informed by opportunities to develop my ideas in conversation with others while in residence at the Clark Art Institute, the Italian Academy for Advanced Studies at Columbia University, and Dumbarton Oaks. The past returns in uncanny ways. Recently, I have been thinking about the lasting import of the seminar I took with Karl Werkmeister on art and revolution my very first semester at Northwestern, as it has found an unanticipated echo in my work on post-independence Algeria and my essay “Algerian Socialism and the Architecture of Autogestion,” which appeared in October 2019 in a special collection of Architectural Histories, focused on “Marxism and Architectural Theory across the East-West Divide.”