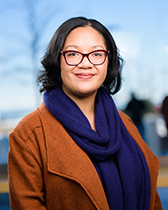 Janet Dees is the Steven and Lisa Munster Tananbaum, Curator of Modern and Contemporary Art at The Block Museum of Art, Northwestern University.

Since coming to The Block in 2015, Dees has curated several exhibitions including Hank Willis Thomas: Unbranded (2018); Experiments in Form: Sam Gilliam, Alan Shields, and Frank Stella (2018); Carrie Mae Weems: Ritual and Revolution (2017); and If You Remember, I’ll Remember (2017).

Prior to her appointment at the Block, Dees was curator at SITE Santa Fe, where she worked since 2008. In addition, her experience includes educational and curatorial positions at the New York African Burial Ground Project (now the African Burial Ground National Monument), The Metropolitan Museum of Art, The Rosenbach Museum and Library, and the Paul R. Jones Collection of African American Art at the University of Delaware. Dees was a part of the curatorial team for Unsettled Landscapes, the inaugural SITElines: New Perspectives on Art of the Americas biennial (2014). Her 2015 exhibition Unsuspected Possibilities: Leonardo Drew, Sarah Oppenheimer, Marie Watt was supported by an Artistic Innovation and Collaboration Grant from the Robert Rauschenberg Foundation.

She is the recipient of a 2018 Curatorial Fellowship from the Andy Warhol Foundation for the Visual Arts to support the development of the forthcoming exhibition A Site of Struggle: Making Meaning of Anti-Black Violence in American Art and Visual Culture and has been an affiliate of Northwestern's Center for Native American and Indigenous Research since 2018.