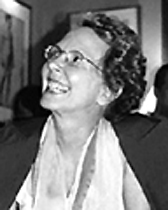 Sandra L. Hindman (Ph.D. 1973, Cornell; Professor Emeritus) has taught courses on medieval manuscripts and early printed books, Gothic art, and women in medieval art and society. She co-authored A Catalogue of Illuminated Manuscripts in the Robert Lehman Collection of the Metropolitan Museum of Art (Princeton University Press, 1997) and authored Sealed in Parchment: Rereadings of Knighthood in the Illuminated Manuscripts of Chrétien de Troyes(University of Chicago Press, 1994). She has also written Christine de Pizan's "Epistre Othea": Painting and Politics at the Court of Charles VI. She is the editor of Printing and Written Word: The Social History Books, c. 1450-1520. Her most recent book is Manuscript Illumination in the Modern Age, a discussion of the transformation of the appreciation of manuscript illumination from the 18th century to the 1950s in Europe and America. This book, co-authored with Michael Camille, Rowan Watson, and Nina Rowe, accompanied an exhibition at the Mary and Leigh Block Museum of Art in 2001.