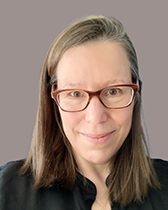 Claudia Swan (PhD Columbia University) studies and teaches northern European visual culture 1400-1700, art and science, the history of collecting, the history of the imagination, and the Global Baroque. She has edited and authored five books and has published numerous articles and book chapters on early modern art, science, and collecting and on Dutch visual culture. Swan is the author of The Clutius Botanical Watercolors. Plants and Flowers of the Renaissance, on Renaissance botanical illustrations; and Art, Science, and Witchcraft in Early Modern Holland: Jacques de Gheyn II (1565-1629), which studies the intersection of empiricism and witchcraft in Holland in the early seventeenth century through the work of the Dutch artist Jacques de Gheyn. Professor Swan is co-editor of Colonial Botany: Science, Commerce, Politics and Image, Imagination, and Cognition. Medieval and Early Modern Theory and Practice, and editor of Tributes to David Freedberg. Image and Insight, and has two edited volumes of essays underway. Swan has been a resident fellow at the Institute for Advanced Study in Princeton, NJ; the Max-Planck-Institut für Wissenschaftsgeschichte, Berlin; CRASSH, Cambridge University; and the Netherlands Institute for Advanced Study. Her forthcoming book is Rarities of these Lands: Art, Trade, and Diplomacy in the Dutch Golden Age.

Claudia Swan, "Chaos and Order," for Lorraine Daston in Suprise. 107 Variations on the Unexpected, 397-400.

Claudia Swan, "Dutch Diplomacy and Trade in Rariteyten: Episodes in the History of Material Culture of the Dutch Republic."

Claudia Swan, "From Blowfish to Flower Still Life Paintings: Classification and Its Images, circa 1600."

Claudia Swan, "Of Gardens and other Natural History Collections in Early Modern Holland: Modes of Display and Patterns of Observation."

Claudia Swan, "The Uses of Botanical Treatises in the Netherlands, c. 1600."