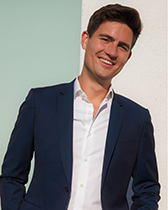 Thadeus Dowad specializes in the art and architectural history of the Ottoman Empire and Europe in the 18th and 19th centuries, with an emphasis on the transregional impacts of capitalism and empire-building on metropolitan and colonial artistic cultures. He is particularly interested in the history of European imperialism in Islamic West Asia and North Africa as the framework for an integrated history of Ottoman and European art before World War I. Drawing on scholarship in comparative literature, queer theory, and postcolonial studies, his research and teaching explore models of global art history that challenge the paradigms of exchange, encounter, and translation that have dominated the field to date. Other areas of research and teaching interest include transcultural histories of portraiture; European and Ottoman orientalisms; queerness in Islamic art; the gendered and racial dynamics of consumerism; and the modernization of Ottoman urban space.

His current book project, Border Regimes: European Portraiture & Ottoman Modernity, 1789-1841, explores how portraiture developed into a shared pictorial space through which Ottomans and Europeans devised modern political subjectivities that simultaneously transgressed imaginary barriers between West and East, while inscribing new kinds of cultural borders. Set at a time when the Ottoman Empire was vying for a seat in an emergent European federation and the empires of France and Britain were expanding their dominions over the Islamic world, the book argues that portraits became essential to calibrating, classifying, and demarcating cultural difference and affiliation. It interprets these outwardly cosmopolitan artistic practices as instances of cultural hybridization serving as the pliant mechanism of empire- and nation-building on the part of both Ottoman and European actors.

Soon to receive his PhD from UC Berkeley in 2021, he completed his M.A. in the History of Art from Williams College (2014) and his B.A. in the History of Art from the University of Pennsylvania (2012). He was also a visiting graduate student in the History Department at Boğaziçi University in Istanbul (2018-19). His research and language training have been supported by the Deutscher Akademischer Austauschdienst (DAAD), the American Research Institute in Turkey (ARIT), the Center for Advanced Study in the Visual Arts (CASVA) at the National Gallery of Art in Washington, D.C., and the Institut national d’histoire de l’art (INHA) in Paris.